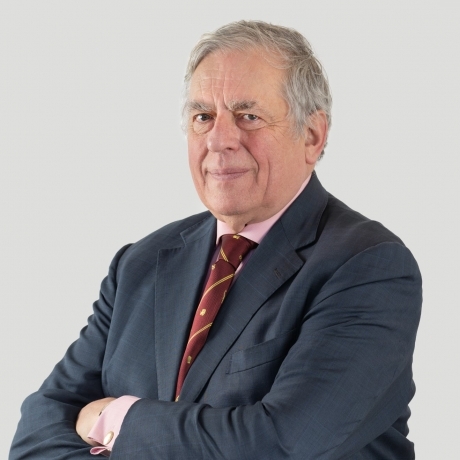 Mark’s career has ranged from tending refugees to investment banking.

His working life began in nursing with the NHS, which included a period in a Tibetan refugee camp in India. Mark then joined the Scots Guards before moving into a career in the City of London in 1974.

Over the next 43 years he held various roles including running the Asian operations of Hambros based in Hong Kong. He was Chief Financial Officer and Head of Strategy, and latterly Head of Europe at Chase Manhattan for the bank’s fast-growing Investor Services Division. After Chase Manhattan Bank bought JP Morgan in 2000, Mark spent his final 14 years at JP Morgan as a senior client manager.

He was chairman of Scottish Financial Enterprise from 2009-12 dealing with the impact of the financial crash. During this time he was also deputy chairman of the Scottish Government’s financial services advisory board chaired by the First Minister.

Drawing on his extensive professional expertise and experience, Mark has held or still holds non-executive posts including chairman of BMOGAM Private Equity Trust plc and the chairmanship of Centrica pension funds.

He has also applied this to charitable work with St John Ambulance where he launched their inshore rescue service round the coast and as a trustee of the Royal Hospital Chelsea. Mark is also currently leading a charity whose aim is to stop young offenders reoffending and lowering the incidence of knife crime in London.

Until 2017 he ran Innes Estates, a 4500 acre low ground estate in Morayshire, the centre of which is Innes House, a 17th century Scottish Renaissance house where the family has run weddings and corporate events for over 20 years. He has now handed it over to his son.

The estate consists of 1500 acres of in-hand farmland, mainly cropped for winter barley, 1800 acres of tenanted farms and 800 acres of woodland, together with a disused airfield, on which the estate has planning permission for 150MW solar farm.

Mark became SLE’s Vice-Chairman Policy in 2018. His main focus over the past year has been developing its work on a post-Brexit integrated land management approach which delivers increased productivity as well as helping meet climate change targets.

In his ‘spare time’ Mark indulges his love of Scottish music: playing the pipes and leading several cultural exchanges from Scotland, most recently the Oman in which a number of SLE members, government ministers and politicians participated.

If you were a Scottish animal, which would you be and why?
I would be a stag because I roar and am very fast (in the thought process!). Actually my nickname at school was Switch i.e. a poor stag.

Which three words best describe your outlook on life?

There is no point in being on this earth if you don’t enjoy yourself and help others (17 words!)

Tartan or tweed? Why?
Tartan. It’s much more romantic!