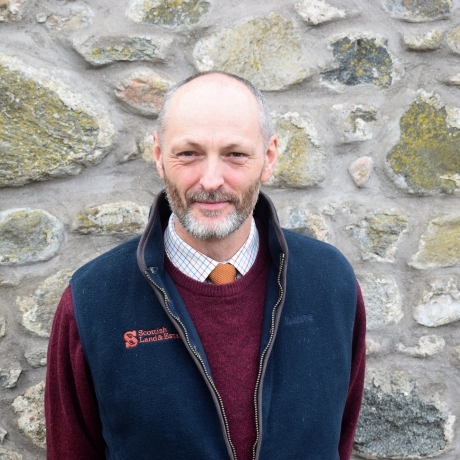 With more than 25 years’ experience in rural development, Scott is Regional Support Officer for Central Region. Scott returned to SLE to take up this position in October 2018, after having been previously employed as Regional Manager for North East and Central regions until August 2014.

Since graduating in 1997 with an Honours degree in Rural Business Management from the University of Aberdeen, Scott has amassed extensive practitioner and research experience in socio-economic research, and strategy development. In addition, he has experience of engaging and building strong productive relationships with media, senior politicians, government agencies, local authorities and other key influencers.

If you were a Scottish animal, which would you be and why?
I would be a Pine Marten as I like the idea of living in native Scots pinewoods. Also, a bushy tail would be ideal for balancing during difficult climbs.

Which three words best describe your outlook on life?
Work in Progress

If you were a game bird, which would you be and why?
I would be a ptarmigan. The reason for this is I like to spend much of my time on Scotland’s mountains and usually above 750 metres.