Throughout the Covid-19 pandemic, we have received reports from members relating to an increase in flytipping all over the country.

As of 01 June 2020, Household Waste and Recycling Centres (HWRCs) have re-opened accross Scotland. We have produced a summary document listing current Covid-19 restrictions and available support for the disposal of flytipped waste. We will update this document as more information becomes available.

Temporary funding is available to landowners, communities and individuals across Perth and Kinross who wish to carry out mini-projects to clear fly-tipping from private land and implement preventative actions at each site to resolve the localised problem long-term.

Our involvement during the Covid-19 pandemic 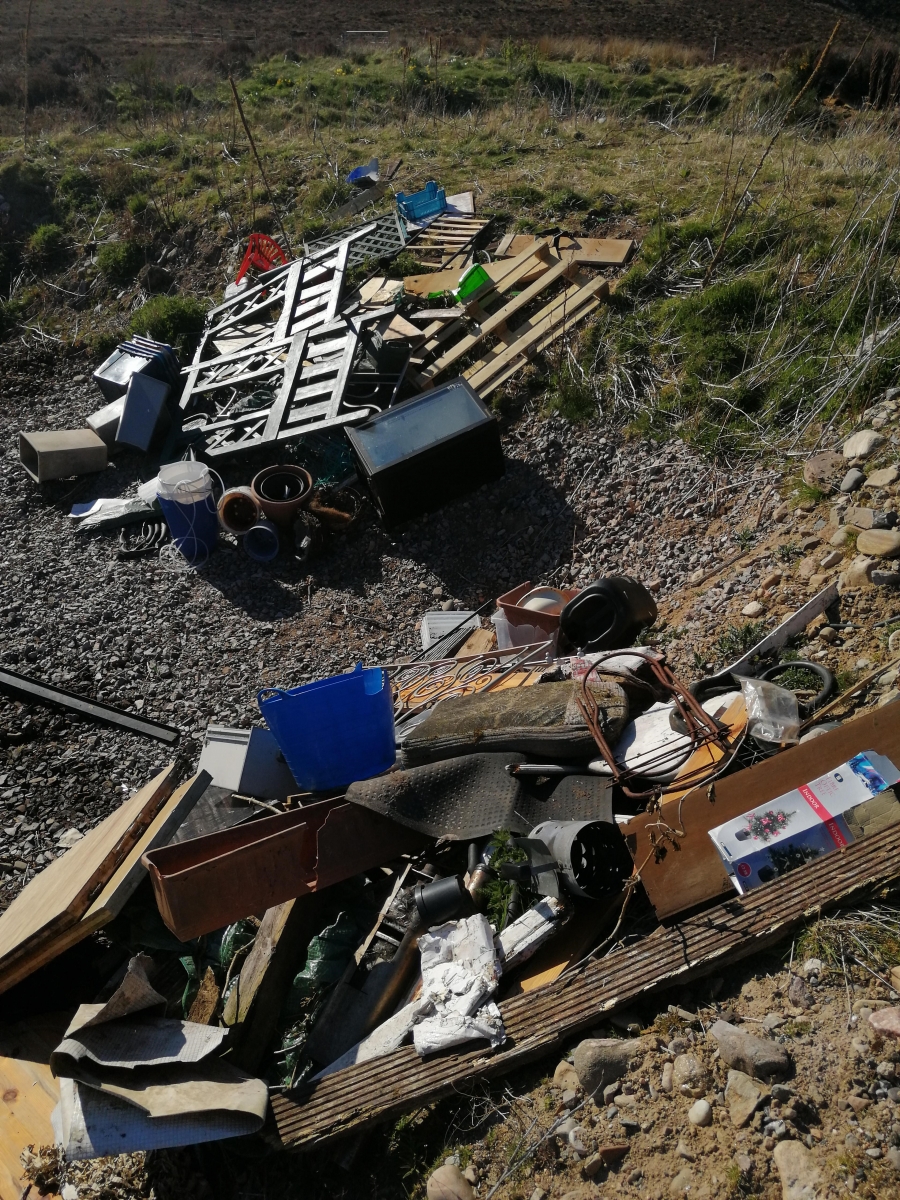 In January 2021, we joined other stakeholders in a roundtable meeting with Roseanna Cunningham, Cabinet Secretary for Environment, Climate Change and Land Reform, to discuss how the Scottish Government intends to move forward its work tackling flytipping.

At the beginning of April, we issued a statement on the rise of flytipping and the increased pressure this was placing on farmers at a time when the country is relying on them to provide quality food for the nation. We recognised that in addition to being a blight on the countryside, flytipping is also dangerous and costly to clean up. With the potential to cause harm to livestock and wildlife, as well as the bill for the cleanup costing £53 million of public money in Scotland every year, we called on the public to do the right thing and to report instances of flytipping.

In May, we wrote an open letter to Roseanna Cunningham MSP, Cabinet Secretary for Environment Climate Change and Land Reform. We expressed our concern over the rise in incidents since lockdown restrictions began and proposed a series of measures to support farmers and landowners experiencing flytipping on their property. We also published a list of the 10 most random items found among illegally dumped rubbish on SLE members’ properties.

At the end of May, we wrote an open letter to the Convention of Scottish Local Authorities (COSLA) to highlight our concerns about the increase in flytipping during lockdown.

On August 12, we released a joint press release with NFUS - our Call to care for Scotland’s countryside. We are jointly reminding the public and businesses of their responsibility to safeguard and care for Scotland’s countryside. The call comes following a spate of incidents in the past few months.  Many land-based businesses have reported increased instances of rubbish being left by access-takers and wild campers. It also follows a significant spike in cases of fly-tipping of domestic and commercial waste on rural land in recent months - a long-running scourge which, despite the re-opening of Household Waste Recycling Centres in early June, has continued to blight the countryside. Read more

To raise an issue, ask for further information, or to submit examples of flytipping in your local area, please contact our Policy Adviser Karen Ramoo.