The debate around land reform produces lots of strong feelings from those who are passionate about Scotland’s land, not least our members. They make a hugely positive contribution to land management and are committed to continuing this through their own work and by working with others.

The following is SLE’s response to the Scottish Land Commission (SLC) discussion paper on legislative proposals to address the impact of concentration of land ownership in Scotland. As an organisation which represents land owners across Scotland, we welcome the opportunity to give our views on a set of legislative proposals which, if implemented, would undoubtedly have a significant impact on our members.

There are many different views on the right balance of rights and responsibilities, and in 2017 the Scottish Government set up the Scottish Land Commission to find ways to make more of our land. We believe a positive debate on land reform should focus on the best use of land to achieve the environmental, social and economic benefits it can offer the country.

The graphic below outlines the Scottish Land Commissions' strategic objectives over the three year period of 2018 to 2021. They strive for productivity; ensuring Scotland’s land is used effectively to further the wellbeing of Scottish people, diversity; sharing the benefits of the land more inclusively and building on the idea of land for the many and not just the few, and accountability; ensuring communities are empowered to influence land management and land use decisions. You can read more about the Strategic Plan here. 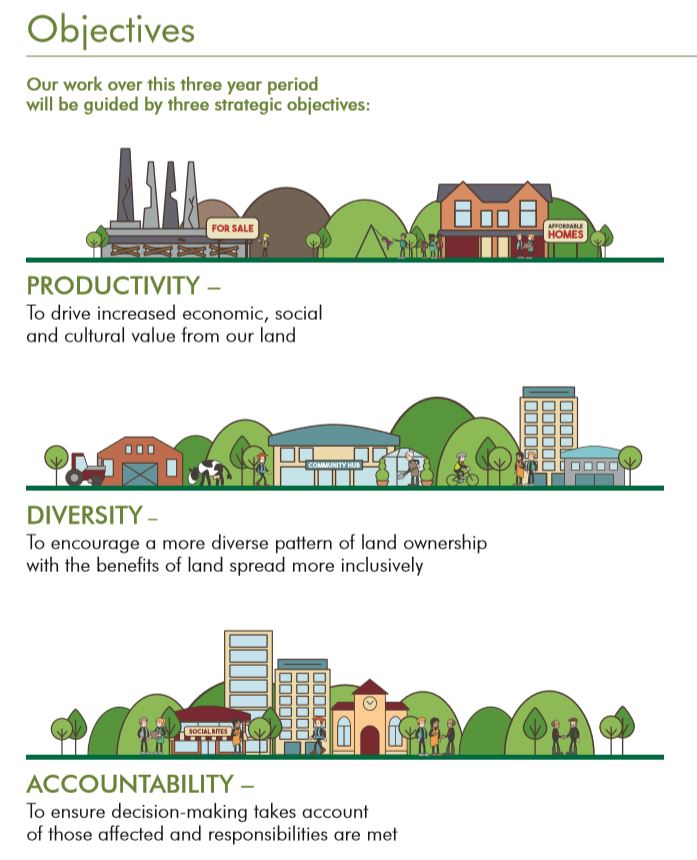 We support improvements to information on land ownership, stronger community engagement and a vibrant tenanted sector. There are lots of different ways these objectives can be achieved in the future. We have many years of experience and insight that we’re already bringing to the debate.

The land reform debate also impacts the tenanted sector - this is usually referred to as agricultural holdings. The Scottish Government continues to work on implementing the most recent round of reform to agricultural holdings legislation and, as a key stakeholder, we are working with the Government and others on regulations and guidance. The Land Reform (Scotland) Act 2016 created the post of Tenant Farming Commissioner, whose role includes the preparation of Codes of Practice, with the aim of improving relations between agricultural landlords and tenants. 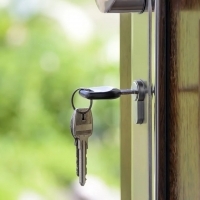 The Scottish Land Commission (SLC) has published its Land for Housing Report, which sets... 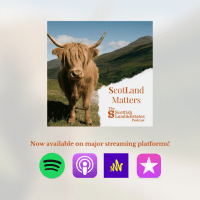 We are excited to announce the launch of 'ScotLand Matters: The Scottish Land & Estates... 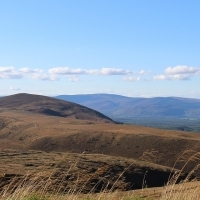 Building the best future for Scotland’s environment and tackling climate change is...