With flytipping continuing to blight the Scottish countryside, we continue to campaign hard on this issue and are calling for greater action and support for private landowners in dealing with this crime including seeking legislative changes and tougher sanctions.

Flytipping is a crime regardless of the circumstances. It is the illegal dumping of waste onto land that has no licence to accept it and can include anything from a single black bin bag of household or garden waste to large quantities of tyres or construction waste.

It is dangerous to the environment and to people and is a blight on our countryside and the lives of those who live and work in it. But more than that, it costs us all. According to figures published by Zero Waste Scotland there are over 60,000 incidents of fly-tipping reported each year in Scotland, costing over £8.9 million of public money to clear up.

In Scotland, the main legislation concerning flytipping is the Environment Protection Act 1990 (EPA 1990) as amended, which prohibits the disposal of waste without the necessary permit. If a person is found guilty of the offence they can be issued with a fixed penalty notice of £200 or could potentially be sentenced to imprisonment and risk a fine of up to £40,000. The Regulatory Reform (Scotland) Act 2014 gives the Scottish Environment Protection Agency (SEPA) powers to issue fixed penalties of up to £2,500 and variable monetary penalties up to £40,000.

Fly-tipping remains an ongoing issue for our rural communities with landowners and farmers continuing to experience this blight on the landscape – with some being targeted multiple in a month. This results in a vicious cycle of costly clean-ups by the victims who bear the burden of waste crime and it can lead to a scenario where a rural business finds itself liable for a bill of thousands of pounds to clean up land that has been flytipped.

Flytipping can also have less tangible, indirect consequences such as a negative effect on property values, increased crime rates or increased mental health issues in areas where flytipping is prevalent. Where the composition of flytipped waste includes hazardous waste, flytipping can threaten our ecosystem and wildlife and may even depict a risk to human life.

There is absolutely no doubt that we can, and should, all be doing more to tackle fly-tipping, cracking down on large scale criminal and commercial operators and working to change the behaviour of individuals.

We, along with the Scottish Partnership Against Rural Crime (SPARC) are working hard to tackle the issue and the behaviors of those who dump their waste illegally to ensure services and infrastructure are available to help people do the right thing.

The Scottish Partnership Against Rural Crime Strategy can be viewed here.

The Scottish Land & Estates action plan which calls for Scottish Government action on flytipping can be viewed here.

The work carried out by Scottish Land & Estates on flytipping during lockdown can be viewed here.

Scotland’s communities can only flourish when people feel safe. Developing, maintaining and enhancing sustainable partnerships is key to achieving this.

SLE is a full member of the SPARC.  The National Rural Crime Strategy 2019-2022 developed by the partnership can be viewed here.

Alongside this national work there is also a regional rural crime team in place, with all 13 police divisions in Scotland having a rural crime designated point of contact. Please contact your regional support officer to find out who this is in your area. 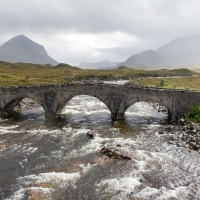 Scottish Land & Estates has issued the following statement regarding the reported rise in... 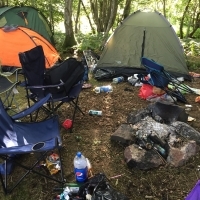 Quarter of land managers experienced anti-social behaviour in the countryside

A quarter of land managers looking after Scotland’s beautiful countryside have experienced... 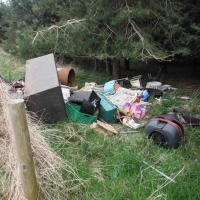 Scotland’s leading rural and environmental organisations have written an open letter to...