Allargue Estate sits snugly nestled in the centre of the Cairngorms National Park in the lee of the Cairngorms massif. It covers an area of just over 2,300 hectares and comprises a multitude of different habitat types. Its high altitude allows for some wild montane habitat, while its lower slopes accommodate a mosaic of open moorland, old and new woodland, wetland and pasture.

Accompanying its biodiverse habitat, Allargue has a varied wildlife inventory including significant populations of water voles, red squirrels, lapwings, kestrels and black grouse. For several decades now, Allargue has been sustainably managing its natural environment and recognises the benefits of an ecosystem-based approach to land management.

Over the past ten years, following the introduction of a new forestry management plan, Allargue has undergone some serious habitat restructuring: significant swathes of old commercial plantations have been extracted and much of the cleared area has been replanted with native woodland, including birch and scot’s pine; old forestry ditches have been blocked in order to restore wetland area; and natural regeneration areas have been fenced off to protect the habitat from prolific grazers such as deer and mountain hares. In the subsequent years following the implementation of the forestry plan, something unanticipated and delightful happened. For decades the black grouse population had remained stable but extremely low, however over a period of 7 years the population dramatically increased from five cocks in 2009 to over 35 in 2016 and the population has remained stable since. It is believed that this population explosion can be attributed to the removal of an old sitka spruce and lodgepole pine plantation which ran from east to west along the mountainside, acting as an impenetrable barrier between the lowland and the upland. Once connectivity between these two habitat areas was restored, the number of lekking sites rose from 1 to 3 as the black grouse began to thrive. Through careful management of the new native woodland, which is currently establishing through a combination of planting and natural regeneration, connectivity between the upland and lowland will be preserved to continue to benefit the black grouse.

WES very much looks forward to seeing how the population develops over the next five years.

You can find out more about the Wildlife Estates Scotland here. 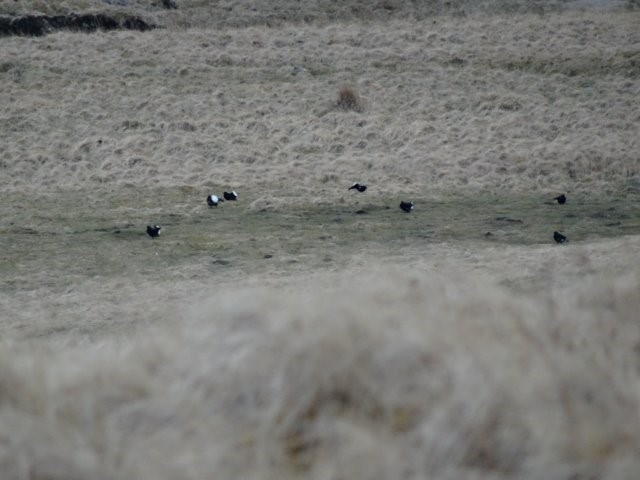