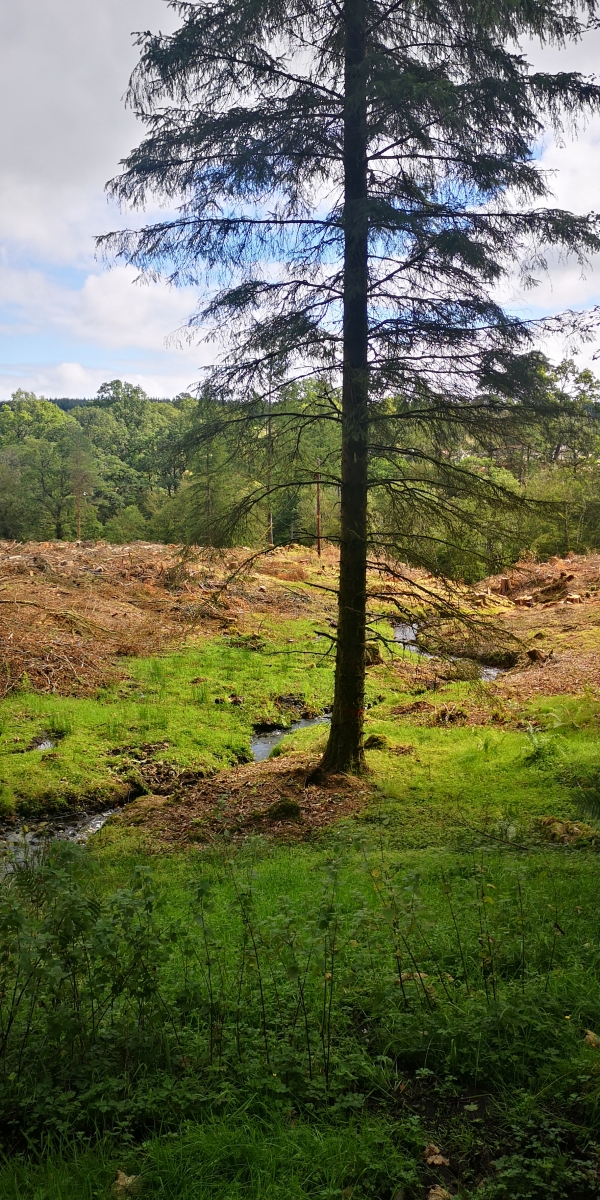 In this blog, our Dumfries and Galloway Regional Support Officer Tracey Roan covers her recent visit to Annandale Estates and looks at the work being undertaken there.

If your staycation ventures have taken you into Dumfries and Galloway, you might have noticed a change to the scenery on the A701, the main road from Edinburgh into Dumfries. Scottish Land & Estates Member and past Chairperson David Johnstone at Annandale Estates is working on a woodland restoration project. 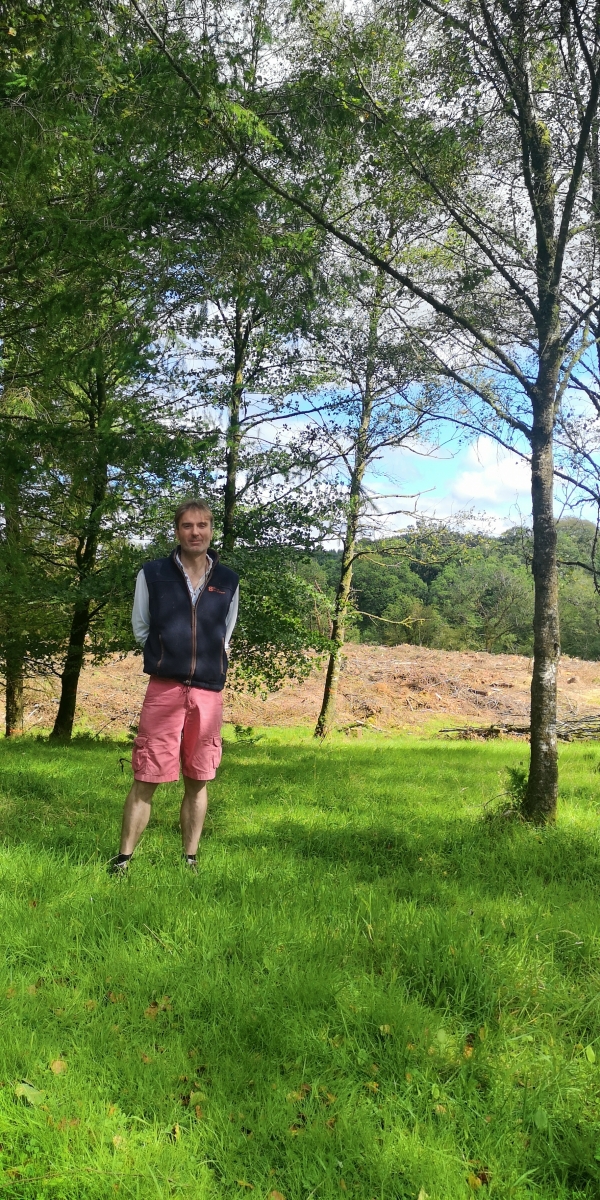 This seven acre site of what was a random mix of different species has been cleared as part of a woodland restoration project.  A tree health survey was carried out which highlighted that the larch trees were infected by Phytophera which meant they had to be taken down along with some of the trees that were rotten inside which caused a hazard to the passing road traffic.  Additionally, the site featured a large number of soft wood conifer plantation which had been there for about 40 years. It was felt that this was an incorrect species for the area, so these were cleared to make way for the re-planting of Oak and other native hardwood to restore back to an ancient woodland habitat.

Despite the site causing many locals and passers-by to take to social media to raise their concerns, David was quick to respond and highlighting the longer term plans for enhanced biodiversity and giving better views of the historic St Ann’s Bridge and also highlighting that all work carried out with a Felling Licence from Scotland Forestry and with the approval of Historic Environment Scotland.