For World Curlew Day, our Environment Assistant Rebekah Strong discusses Working for Waders and the work in progress to combat the decline of Curlew populations. 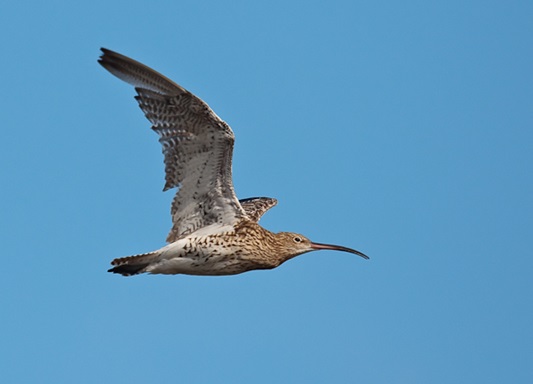 If you are lucky enough to be able to take a stroll through the British countryside at the moment you might already have heard the haunting song of the curlew as they call to their mates and establish their nests. With the troubling times that mankind is going through, take solace that outside your window nature is carrying on.

Farmers are also carrying on, working hard to putting food on our supermarket shelves. While they are preparing and cultivating the land, many are also considering their impact on local biodiversity and watching out for wading birds. A recent report from Working for Waders demonstrates the positive efforts made to prevent the loss of wading birds across Scotland. The Story So Far highlights that farmers and landowners have been instrumental in the progress of wader conservation. Engagement events have demonstrated the commitment and willingness of farmers to take different approaches to managing their land so that conservation can be a part of productive farming.

Working for Waders has also promoted engagement projects, inspiring communities to get involved in conservation that will benefit wading bird populations. The RSPB Thrumster Wader Project worked with local landowners to collect data where waders were breeding. This information was then used to encourage local action and promote conservation. Strathspey Wetlands and Waders initiative was also supported by Working for Waders, improving populations of wading bird species on farmland in the Cairngorms National Park.

Through Working for Waders, the combination of local knowledge, scientific research and landowner participation has meant that the efforts made to reduce and halt the decline of Scotland’s wading bird populations can be well focused and effective. Curlew populations continue to decline with the population having dropped 61% since 1994 and it is only through this joined up, collaborative approach will we be able to give them a fighting chance of recovery. Fingers, toes and wings crossed that the population of wading birds will start to recover soon.