The introduction of Red Squirrels at Attadale 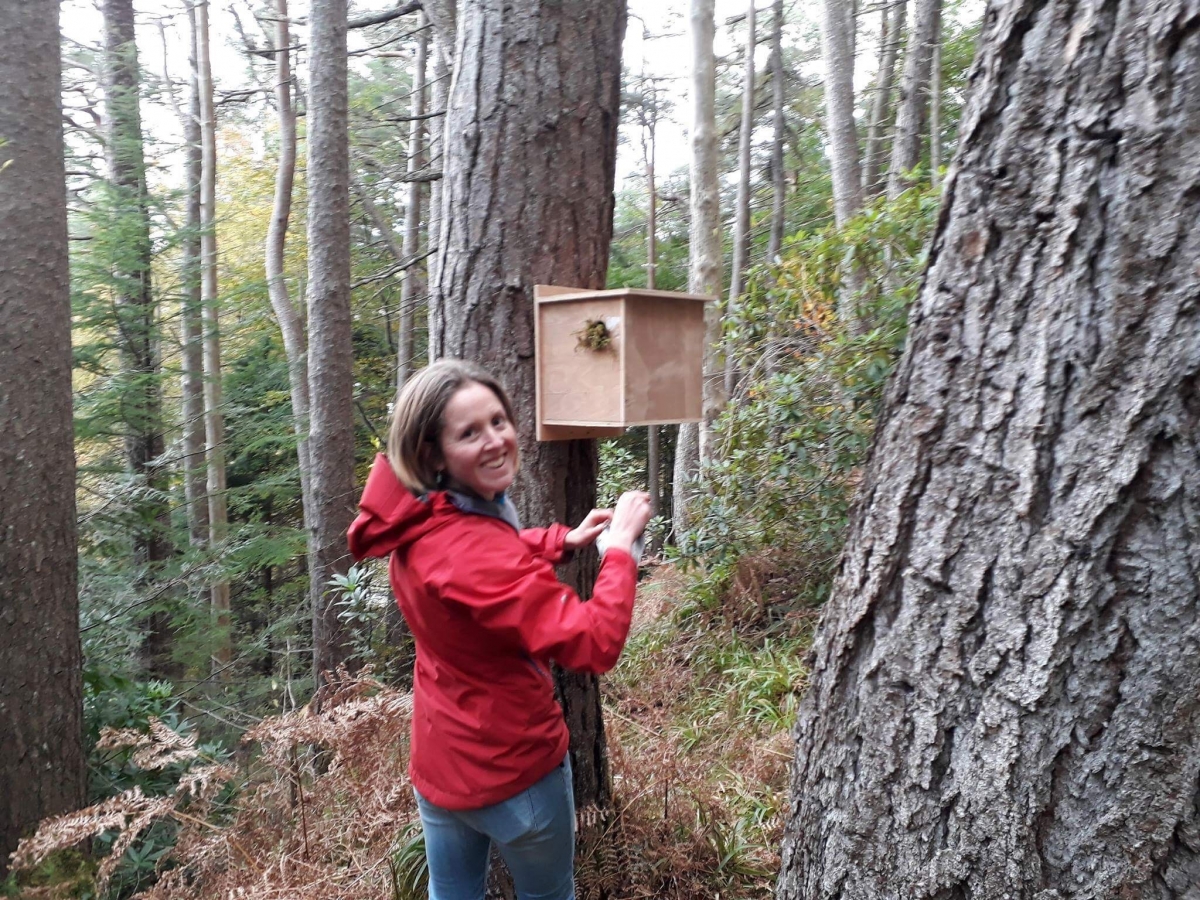 Attadale estate has become the latest addition to the Wildlife Estates Scotland family. They showed exemplary consideration for nature and demonstrated a range of projects to support wildlife and improve biodiversity. Their love of nature is seen throughout, especially in the passion shown for their red squirrels. Read on to hear from the estate on what they have been doing for red squirrels.

Everyone at Attadale was delighted when Becky, the Wildlife Officer from Trees for Life got in touch with us in autumn 2017 and offered us the opportunity to accept some red squirrels as part of their bigger plan to reintroduce red squirrels into this part of Wester Ross. In October Becky arrived and released four female and four male squirrels into Attadale Gardens. Each had received a health check and were left to their boxes to exit in their own time. 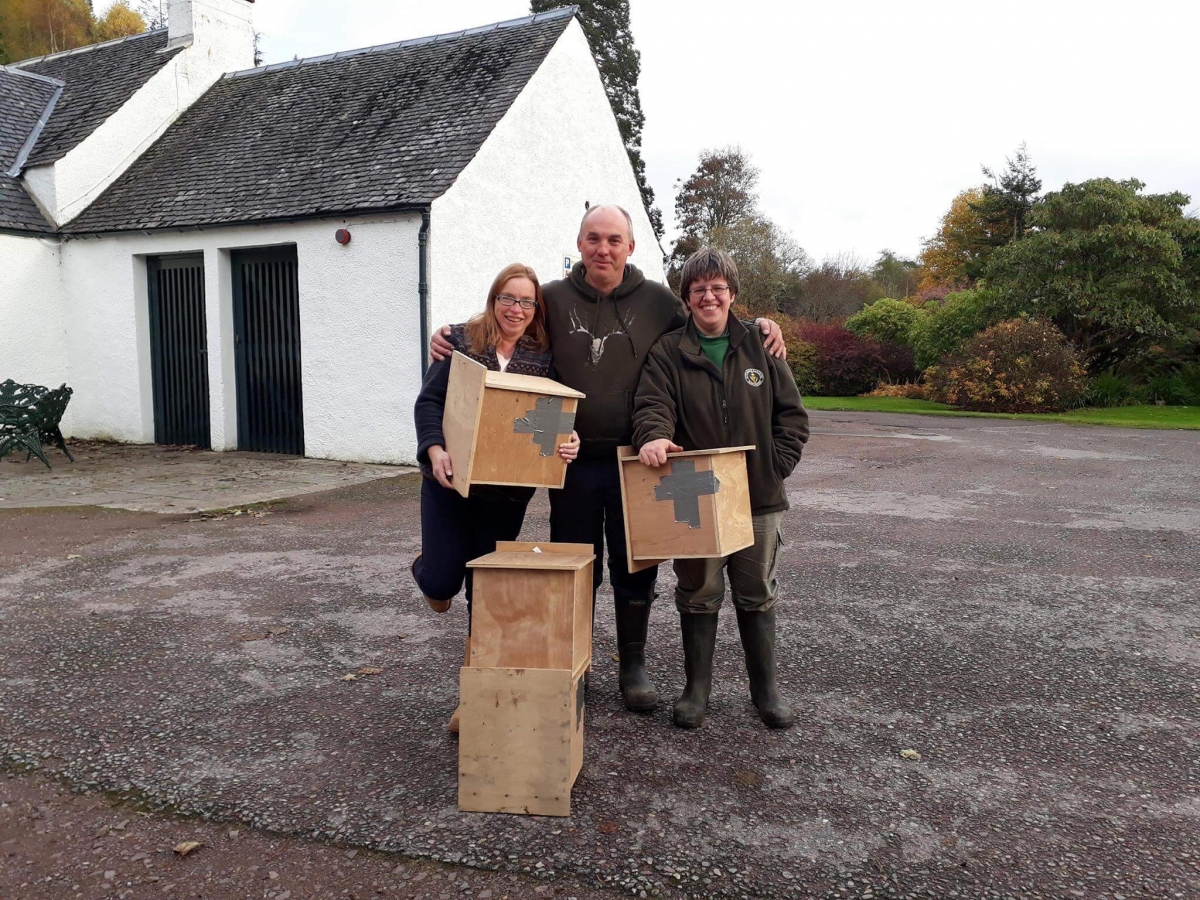 We were given clear instructions on the type of peanuts to buy and the most suitable feeders.  Within days we were spotting squirrels and we were all delighted they were here.  There were concerns due to local pine martens, but the squirrels have survived and flourished.  They have spread outwards across Attadale beyond the gardens, encouraged by our generous addition of squirrel feeders which are kept topped up with hazelnuts and peanuts.  Everyone has become involved; the two gardeners keep the feeders full on a weekly basis and there has been a major investment in quantities of nuts. 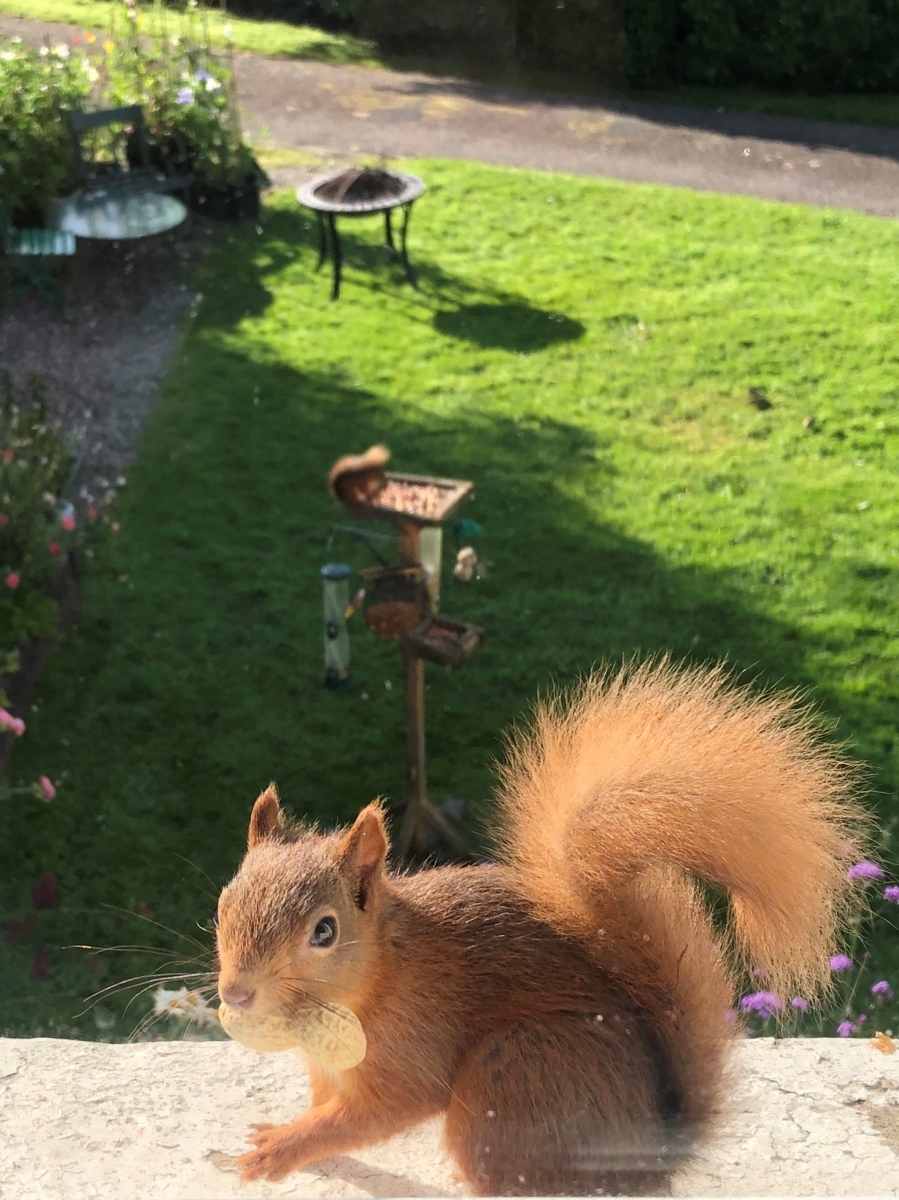 keeper has been very concerned from the start, particularly about the possibility of them being run over.  He has put up signs at every cattle grid as well as additional hand-painted ones to slow down both visitors and locals.  Only one squirrel has been run over on our track, with one more on the main road outside.

The reintroduction has been going very well. Squirrels have already been spotted on the other side of the River Attadale at the Farm, and as far away as Strathcarron showing they are spreading outwards.

2020 has seen their numbers grow significantly, helped no doubt during lockdown by a very quiet spring, when the squirrels almost had the gardens to themselves. Visitors to both the gardens and the holiday cottages have also become involved and very interested too.  It has certainly become an additional attraction for both young and old when they are here as the odds of seeing a squirrel have certainly increased as they have grown braver.

Find out more about Attadale Gardens

Find out more about WES accreditation